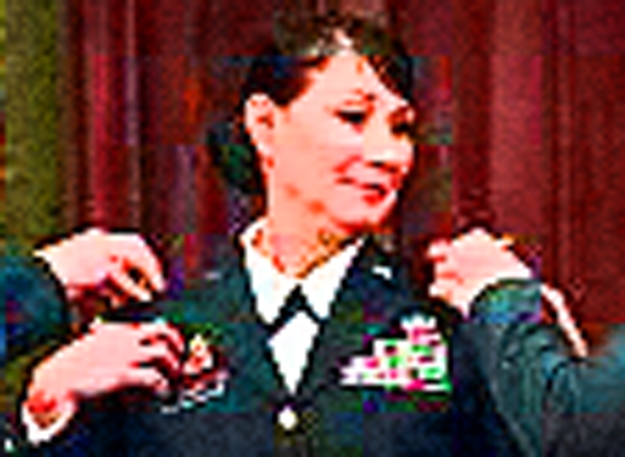 On previous Veterans Days, the usual celebrations have been all about military guy guts and glory in combat. But maybe this year it could be different. The Army recently announced it had promoted two sisters to the rank of general.

So maybe for the next war, we’ll need to revise and feminize inspirational quotes from long ago male military icons. For instance, MacArthur would announce: “I shall return to redecorate my lovely bunker.” And the general at the battle of Bunker Hill would order: “Don’t fire until you see the sweetness of their sparkling eyes.”

Or Julius Caesar would say: “Veni, vidi, voracious. (I came, I saw, I created beautiful new fashions.)” To misquote musician Marilyn Manson: “We don’t like to kill our unborn; we need them to grow up and fight our wars while wearing spiffy pink and feathery uniforms.” And to follow Henry Kissinger: “Military men are just dumb, stupid animals to be used as pawns in foreign policy. Women generals would do a better job of dealing gently with those lovable, huggable enemy soldiers.”